What is hope and is it the same as ambition? Maybe we can discover what hope can mean when we look where it is lacking; in depression. How does hope disappear when dealing with depression?

A lack of hope isn’t just a symptom of depression, it seems to be at its very core. The relationship between depression and hopelessness can be approached in different ways. The mainstream consensus would be that people dealing with depression are more prone to make certain thinking errors. In the cognitive approach we argue that the way we think will shape our world. When we think more negatively (ex. Someone you know passing you while not saying hello, can be interpret as the other person not liking us … because we are not likable). In this approach depression can be caused and maintained by this kind of thinking errors. They then will have an effect on our mood. Like my psychiatrist stated that I need to examine why I think in a certain way. Why do I think that I am not capable of this or that and that I need to examine if that thought is even true or if there is even a need to be thinking that way. Hopelessness in depression can be interpret as the whole of negative expectations about oneself and the world. With the help of cognitive therapy one can try to improve mood by managing these negative thoughts.

But what if we turn this around? What if the cause of depression is not situated in the cognitive process but in the mood itself? It is a mood disorder after all. What if we would start from the assumption that the existential hopelessness replaces hope for the future in depression. The fundamental feeling from which cognitions emerge would be a black screen, a big hole that doesn’t reassure you that the sun will rise tomorrow and that you have a chance of a future. You feel lost and are required to live against this fundamental truth that there is no hope.

What is existential hope?

As members of the human race we are capable to experience meaning and lack thereof. We are never ‘neutral’, we interpret things through a broader lens, we give our existence meaning. Things ‘speak’ to us, they evoke a reaction because we are able to see the potential. We hope for the future in everything we do and say. In every breath there is the hope for the next moment. Our brains are wired to contextualize our surroundings.

Our brains are aware of a constant context and meaning. The meaning of things is established by an awareness of possibilities. We anticipate possibilities and this helps us to thrive. When we think of the world as being ‘one’ by proving a context for it, this process will create a certainty through which we can hold on to expectations. We expect that the sun will rise in the morning and that a better day lays ahead. When we think about the future this happens in the background of this certainties. This is our baseline and this gives us hope. This is not the same as being optimistic but it is the mere possibility to be able to think that maybe things will get better. 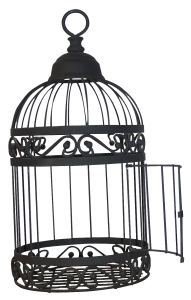 What happens when we lose existential hope?

The idea that things could become better isn’t grounded anymore in experience or in the thinking process. The future isn’t this horizon of possibilities anymore. When depressed it seems like we don’t belong anywhere. We lose the connection with the world and the people in it which normally would occur rather spontaneously. When losing this connection, we lose the perception of meaningful possibilities. In that regard a depression is more than losing the ability of feeling pleasure (anhedonia). Considering hopelessness as a core factor could lead us to a more significant differentiation between mood disorders.

Hopelessness as a core factor also implies helplessness. When meaning seems to be lacking, so does our ability to be free and to have influence over our lives. Freedom, free will or a sense of self can look very bleak in a world lacking in possibilities. You feel ‘imprisoned’ or in a ‘quarantine in your own mind’.

There is a need to build that bridge between your feelings and possibilities. Having meaningful relationships can provide that bridge. Through contact with others we can see or have a glimpse at our own possibilities that we ourselves can’t see. That is why I believe that shared stories empower people.

Looking at depression through the lens of thinking about a possible future helps us understand how diminishing and expanding possibilities influence depression and recovery. A somber mood or anhedonia would not be the at the core but would be the logical consequence of isolation and existential hopelessness.

Restoring faith in the future and in the ability to see that future is the result of a slow process which can’t be hurried and can’t be forced. To rediscover the world, to open your eyes and see takes time and adjustment; a lot of patience, healing and self-compassion. Depression can be understood as a difficulty to synchronize with the world around us rather than a mood disorder. This desynchronization preludes the symptoms of a depression as anhedonia. Through synchronization with the world around us the question of ‘why’ could dissolve itself and we can become more sensitive to possibilities surrounding us.

This is a post in my series about recovery and it’s five different components. It is a thinking exercise that can from an opposition to the existential crisis which can be felt in depression. It sheds a new light on how recovery is possible on an existential level and its importance.

This post is very much inspired by an online article, written by Dr Dirk De Wachter and his colleagues.  Dr De Wachter is a famous Belgian psychiatrist and lector. He was born in Wilrijk in 1960. At a certain point he was asked to shed his light on drama’s that did occur like stabbings and shootings. He became more famous after publishing his book ‘Borderline Times’ in which he states that our Western society meets the nine criteria of borderline. Information from Wikipedia in Dutch. Picture by Rob Stevens at DeWereldMorgen. License CC click here.

24 thoughts on “Is there hope for depression?”